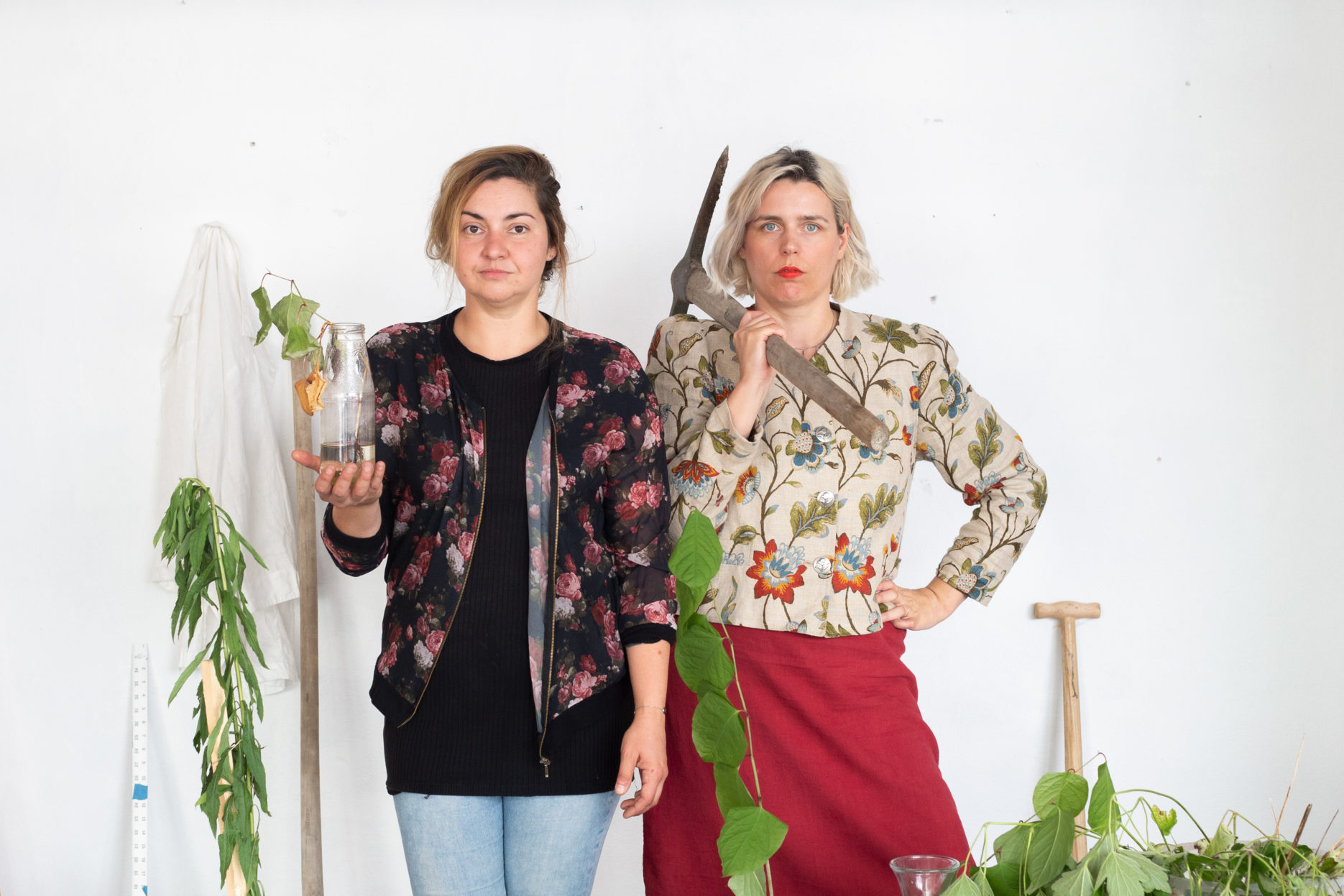 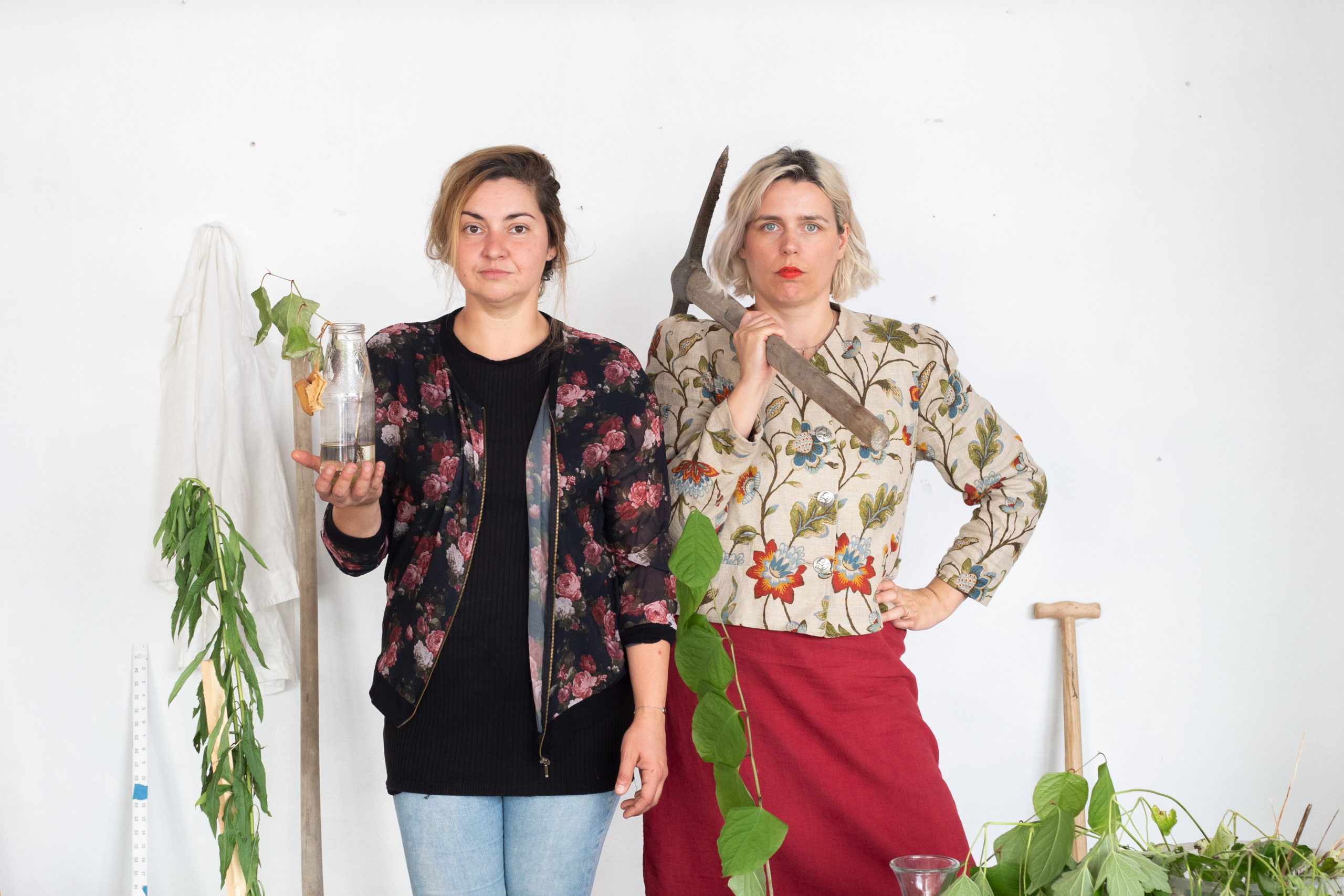 WÜST MI PFLANZ’N? (EXPERIMENTIER-WERKSTÄTTE) was created as part of the artist residency in Bad Ischl (AT). Over the course of four weeks, an experimental workshop of plants, sounds and texts was created, which grew in collaboration with the local population in the vacant building of the Lehartheater. 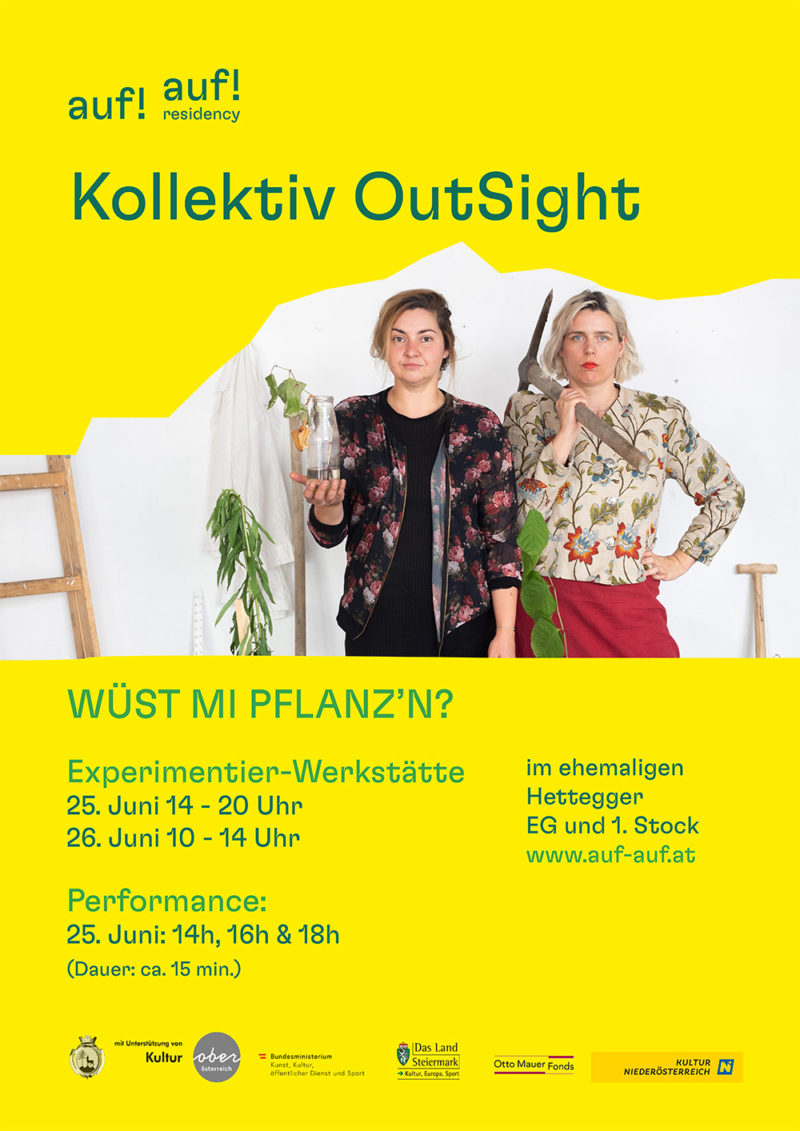 The experimental workshop opened its doors regularly and incorporated the experiences of interested people in the form of interviews, recordings, notes.

A place for collective creation, discovery and observation of the work process of the collective OutSight emerged.

The installation could be explored in a participatory way. Different sounds were generated by touching the plants.

The composition “Pflanz’n” was performed three times in the same setting.
The experimental arrangement functioned as an interactive radio play- sounds were triggered by touch. This included the conglomeration of statements, OutSights’ impressions, scientific or media articles, but also sounds from “adaptation” and “resistance”-rhythm, noise, electricity…. 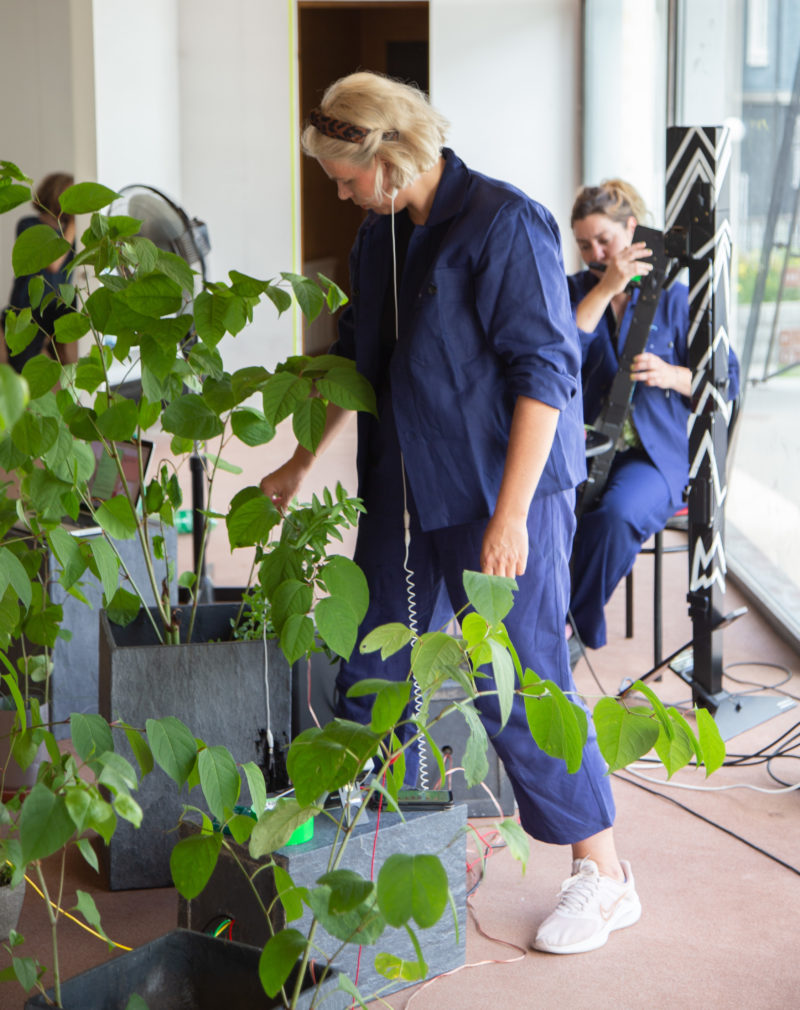 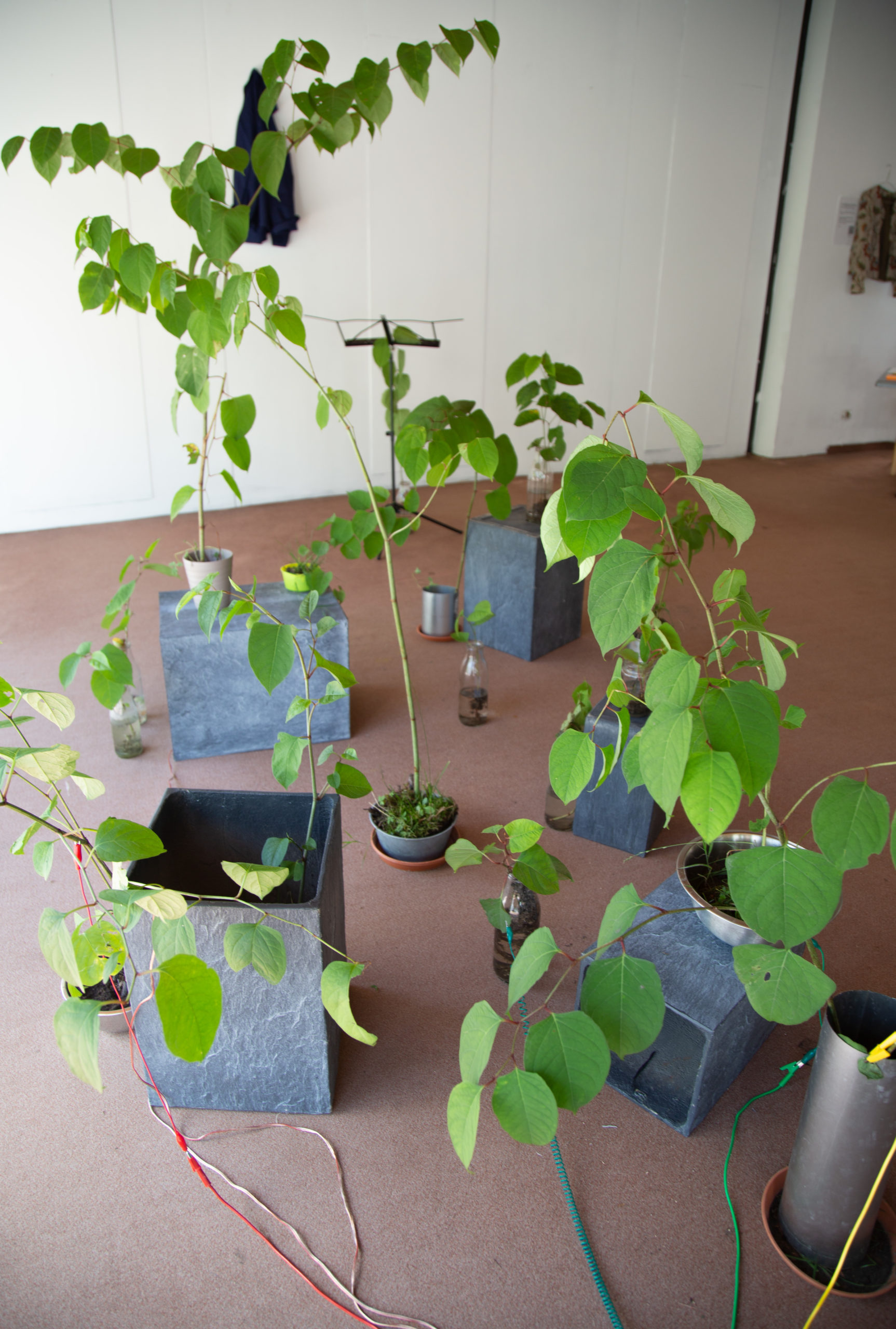 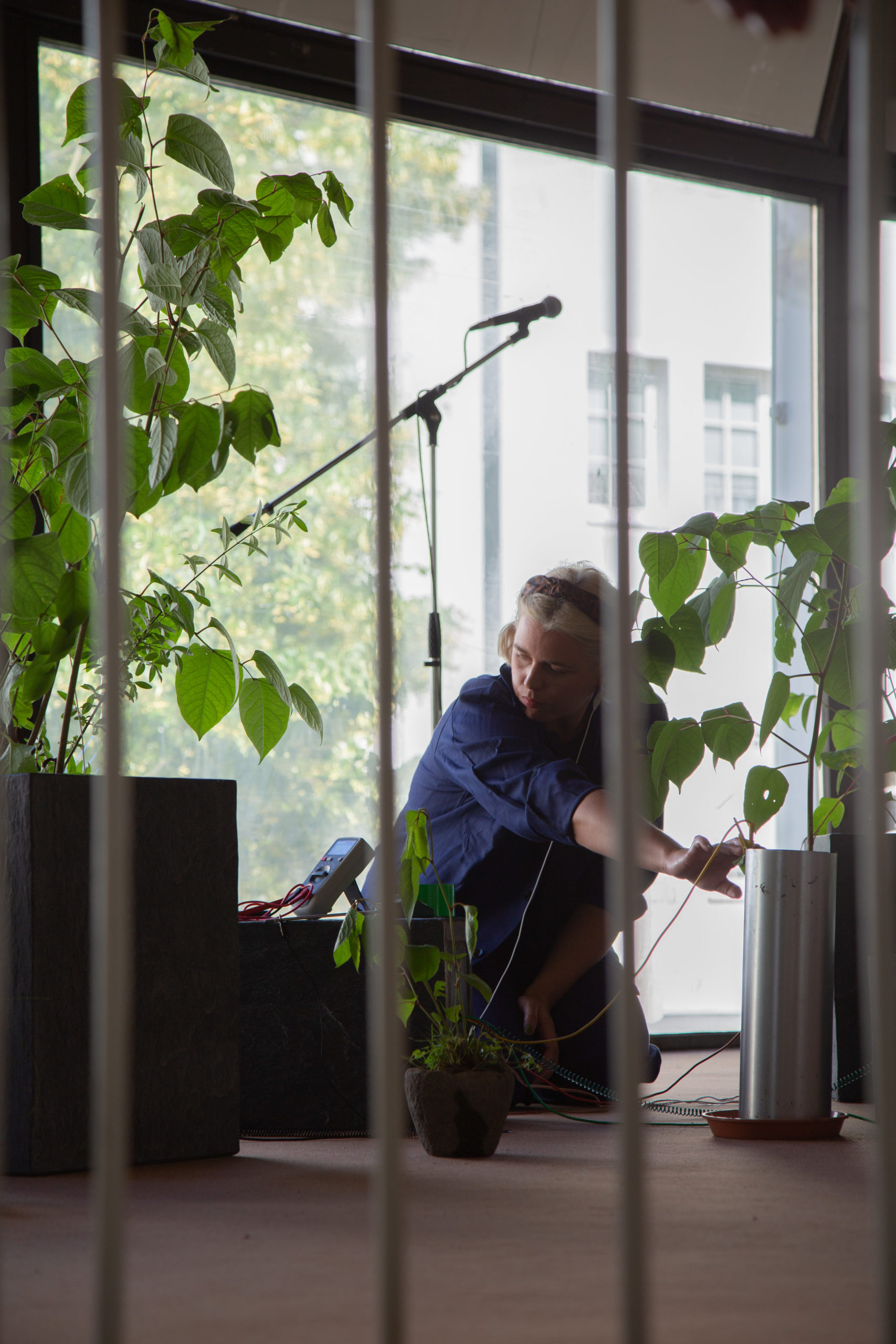 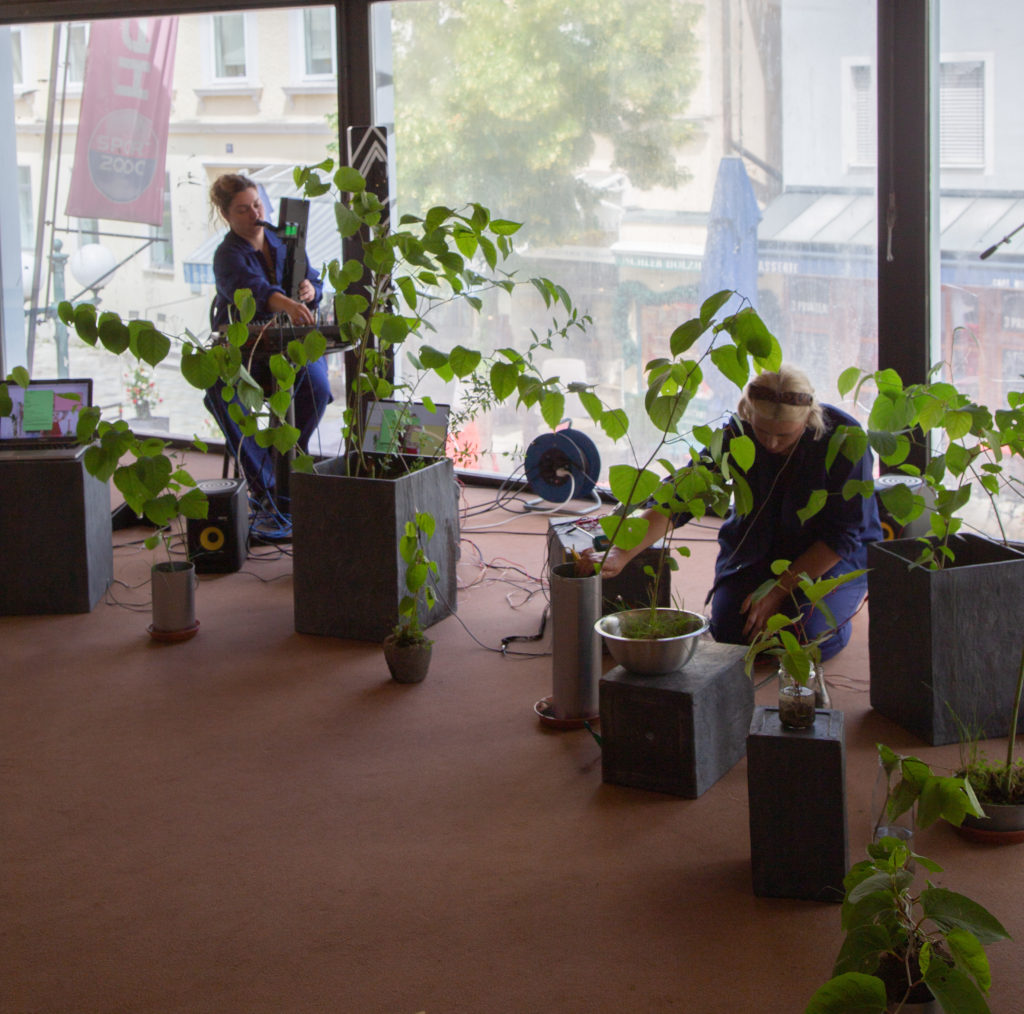 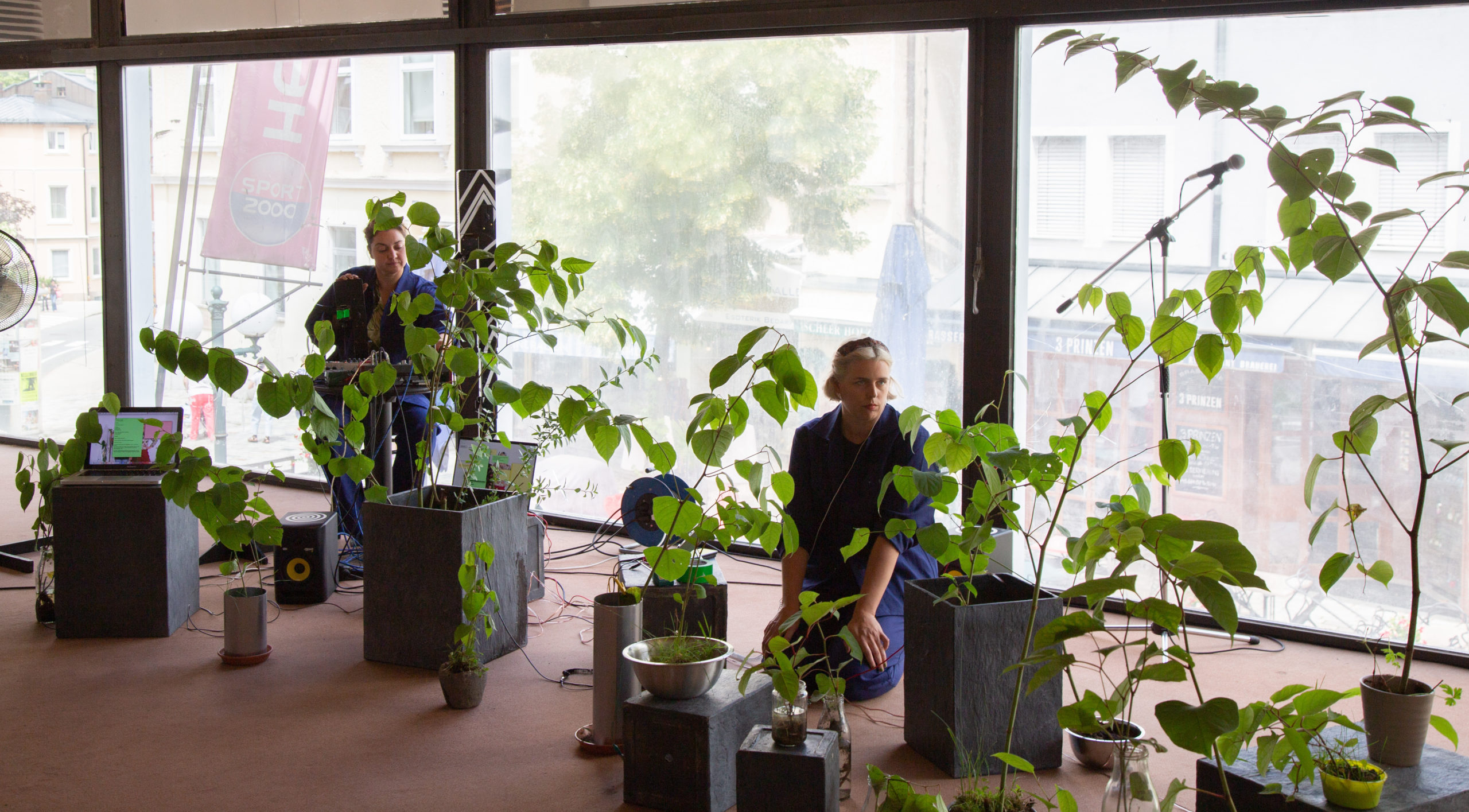 Thank you for the kind support: 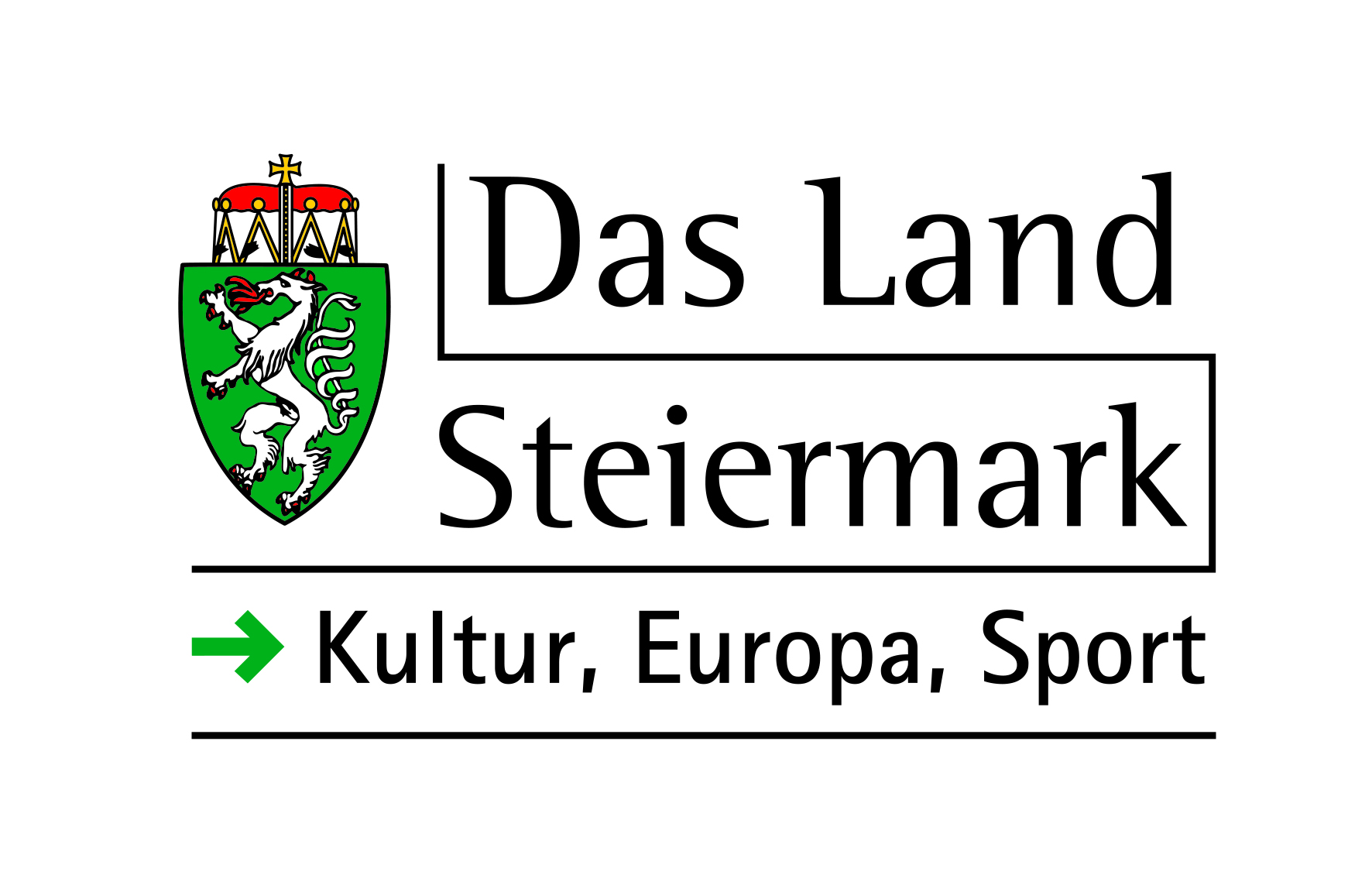