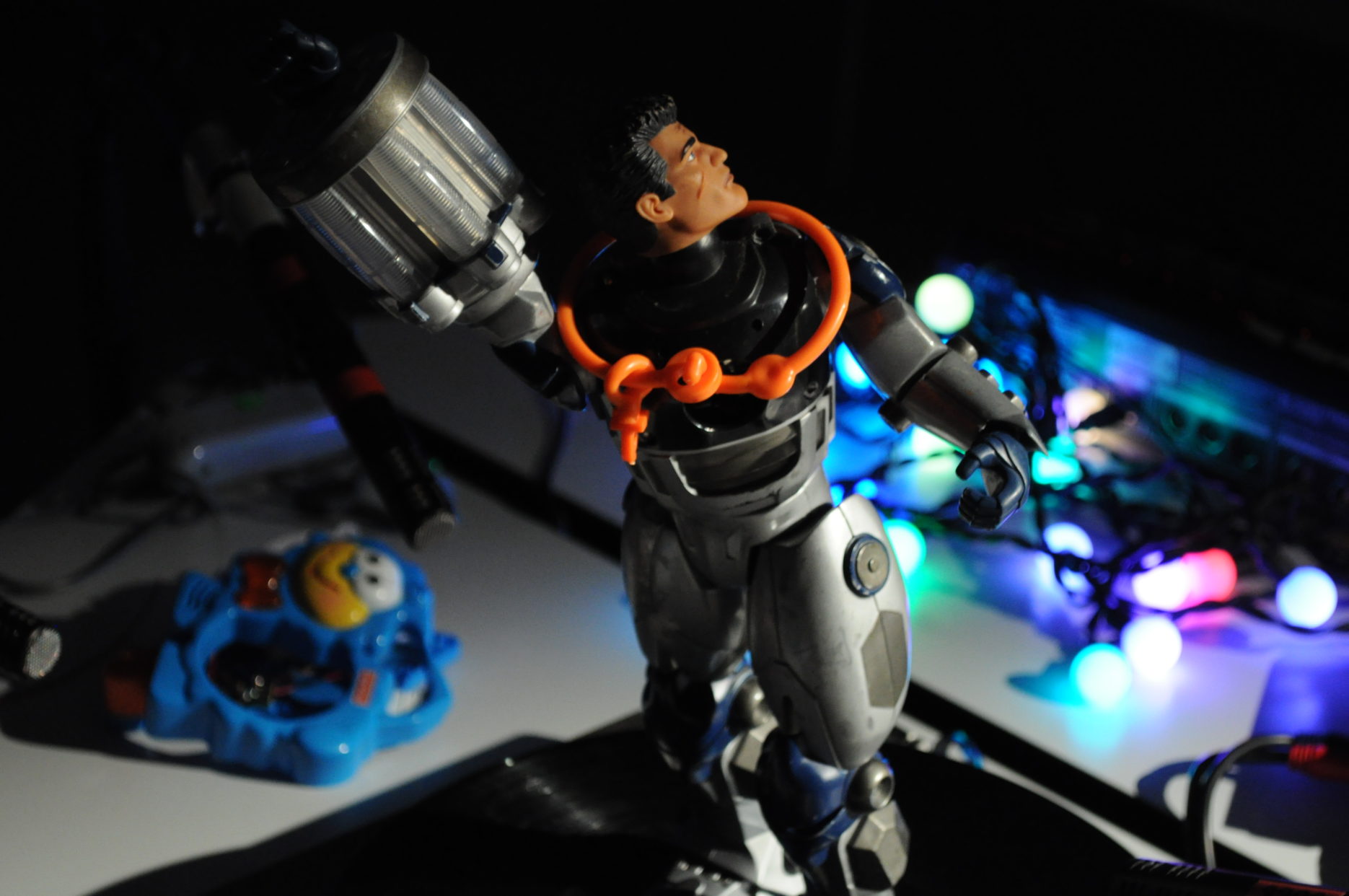 In this four-channel installation, the atmosphere of a child’s room is recreated. On closer inspection, however, this world is not all that wholesome. Trashy strings of lights with airplanes and broken toys lie around the central play table where people play. Figures are taken out of their context and their roles are questioned. A male action figure spins on a non-functioning record player, as does a ballerina spinning in a jewelry box. Sound also revolves around people, just like the figure on the turntable.

As the analog sound objects are also digitally alienated, a dialogue is created. By mixing and exchanging the digital and analog levels, the existing sound material is reinterpreted. The procedure follows intuitive action, yet a certain dynamic is predetermined. The play slowly increases until the destruction of the instruments or until they sound like this. In the end, you can see the traces that this play has left on the record. It is extremely scratched and almost destroyed. 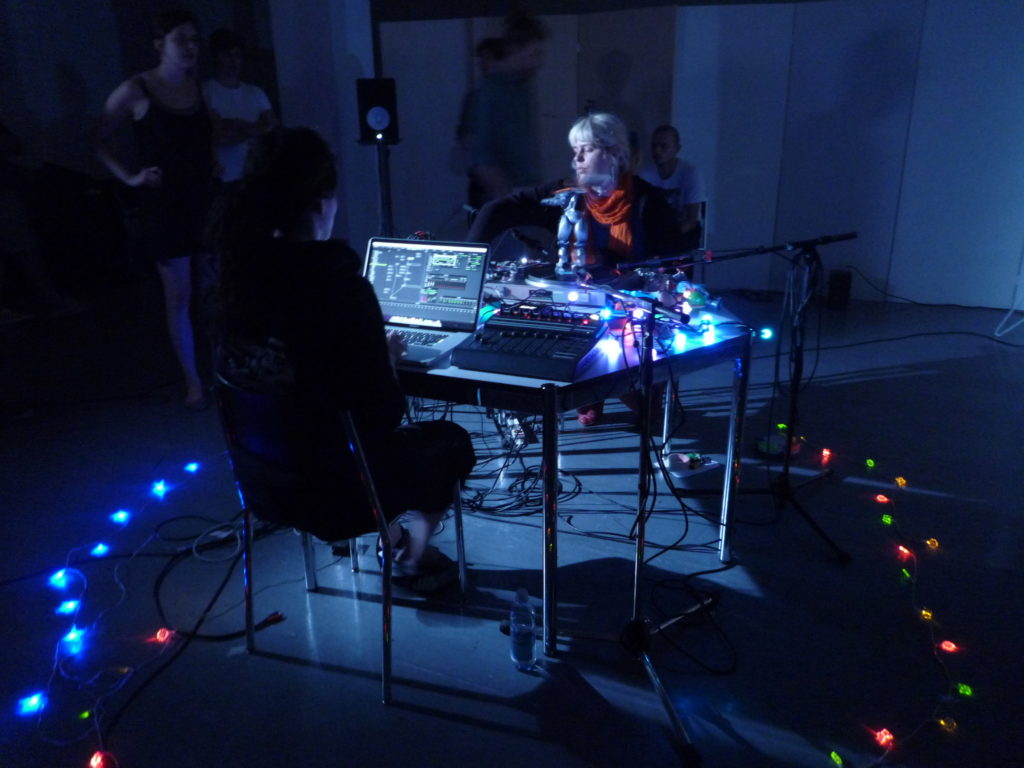 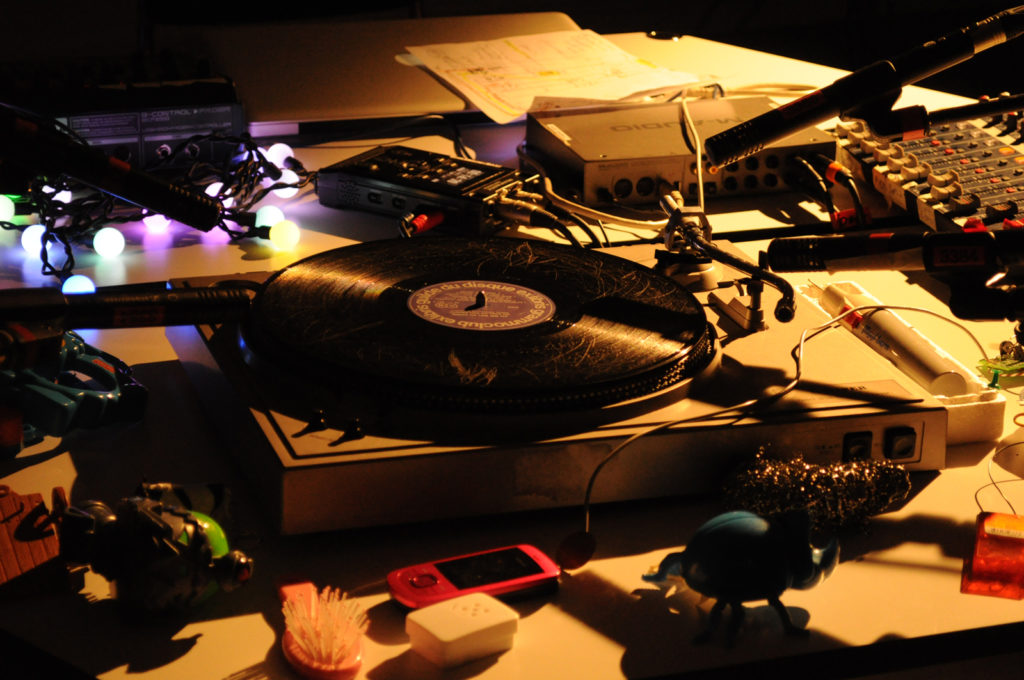